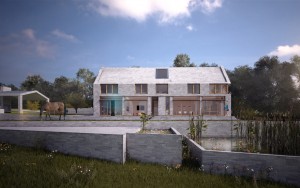 David Attenborough’s ‘A Life On Our Planet‘ brings into sharp focus the destruction of Earth’s habitats that he has witnessed during his nearly 70 years in broadcasting. There is no mistaking the significant scale of the issues currently faced by our planet. At the end of the film, Attenborough offers us some rays of hope: the power of the right financial incentives to encourage reforestation and renewable energy development; the potential to replenish the seas with fish by protecting our coastlines; the importance of raising the global standard of living to slow population growth. But what role can architects play in tackling the pressing issues such as climate change, biodiversity loss and pollution? 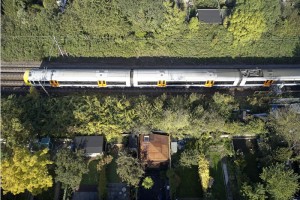 It is common knowledge that buildings have a significant impact on our environment. In 2014, a European Commission report noted that construction and builing use in the EU accounts for 40% of all energy use, 35% of greenhouse gas emissions, 50% of all extracted material, 30% of water use and 35% of all generated waste.

Armed with this information, it has become imperative that architects consider how their design decisions can reduce the impact of the industry. It is time to move away from the traditional ‘take, make and waste’ system towards a ‘take, make and reuse’ approach – a circular rather than linear economy. Recycling materials becomes paramount, working hard to divert construction and demolition debris from landfill and reusing, repairing or remanufacturing materials where possible. 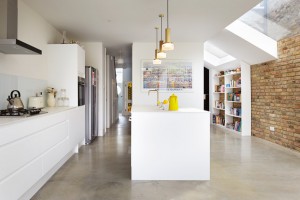 – This glazed extension to the rear of a house in London used bricks reclaimed during the demolition to create a feature wall in the new space.

We also now know that plants and trees in our cities play an important role in tackling climate change and improving the health and wellbeing of residents. Green infrastructure – networks of green space and other green features in our communities – is central to quality placemaking. There is a compelling case for developing more natural and semi-natural habitats in our cities, towns and buildings, and architects play a key role in considering green infrastructure in the earliest stages of design. 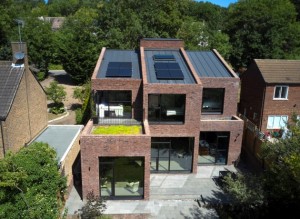 – Our new build house in Mill Hill features a green roof (along with other Passivhaus principles) to minimise the environmental impact and energy consumption of the house.

Increasing the energy efficiency of buildings is a concern that has been increasingly recognised in UK legislation and policy. This may involve retrofitting buildings – using new technologies and materials such as insulation to increase energy efficiency. Conserving energy not only has environmental benefits – improving the quality of the indoor environment and reducing dampness increase health and productivity levels of residents. 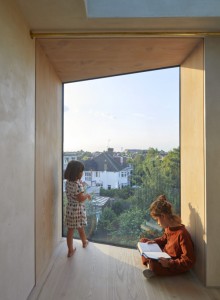 At RISE, we see the importance of contributing to positive change in the way we conceive, construct and deliver the built world. We have made a serious commitment to reducing the impact of our projects on the environment and creating designs that improve the health and wellbeing of our clients and communities.