This Garden Studio addition compliments a side extension feature in a modern architectural style, using rusted metal to blend with the natural colours around it.

The new garden office has become a place of serenity that invites the user to disconnect from the outside world. In fact, the client for this project nicknamed it The Brexit Bunker while the garden studio was under construction in 2019 – in their view, it would be the perfect burrow to escape the hurricane of political news and debates going on at the moment. The interior is all clad in timber, giving the walls and built-in joinery a warm glow that reflects the accents from the skylight above. The planted steps in front of the large oriel window disguise the materials of the cityscape while the square skylight becomes a direct window to the sky, where the only things that matter are the rays of sunlight and the occasional cloud that cruises through the frame. 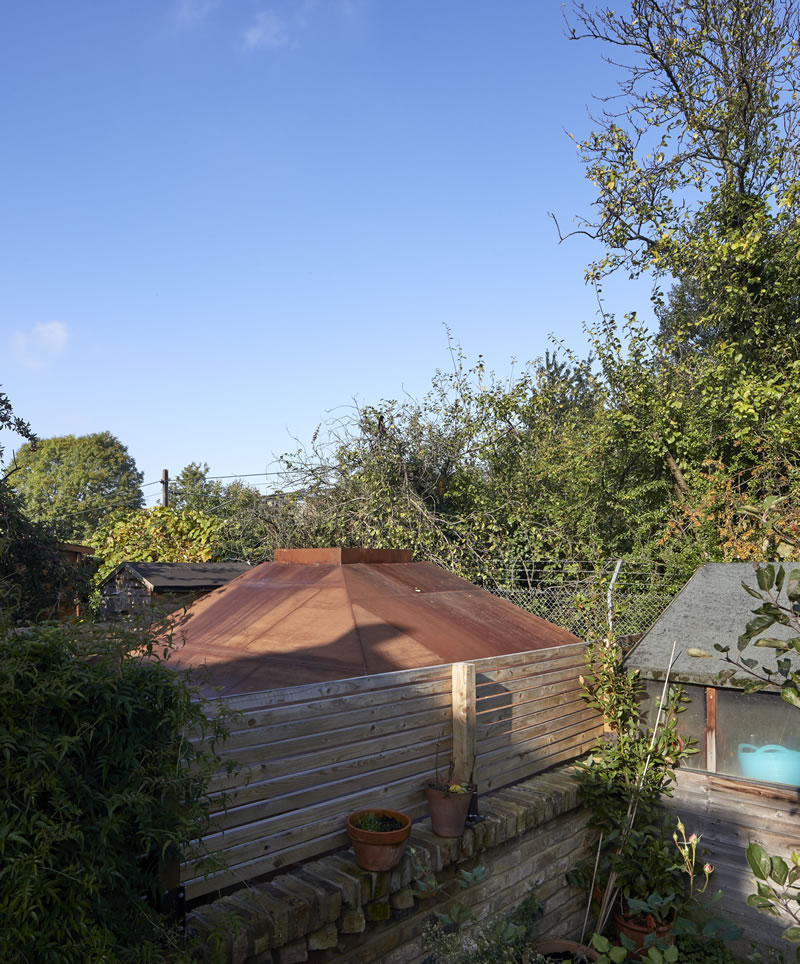 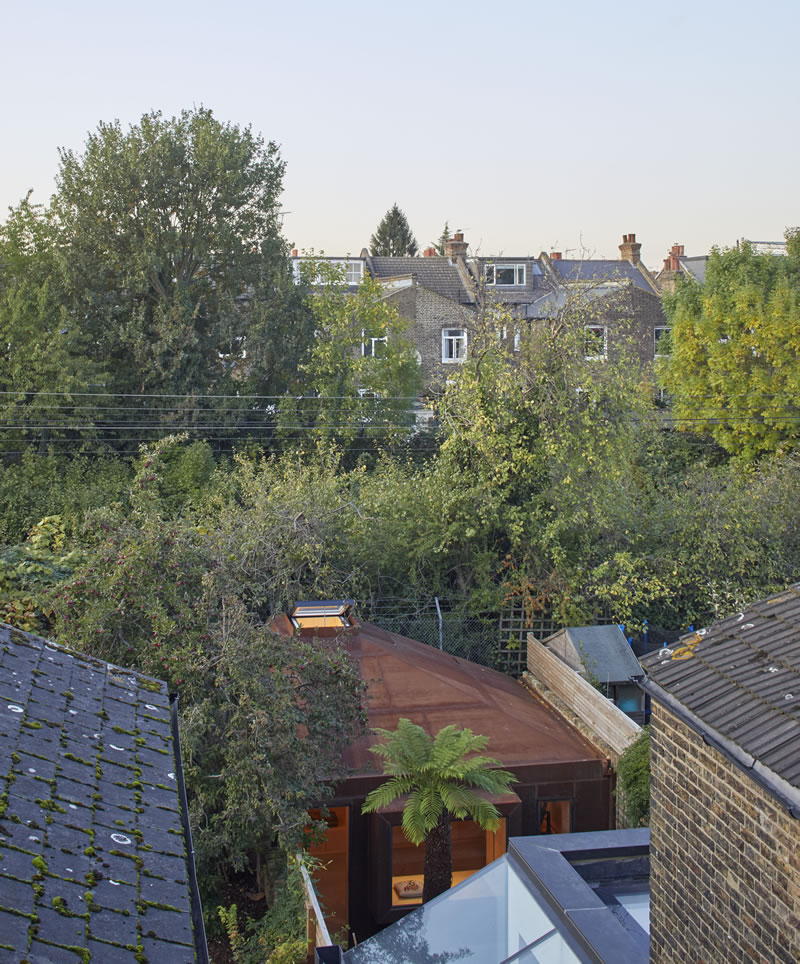 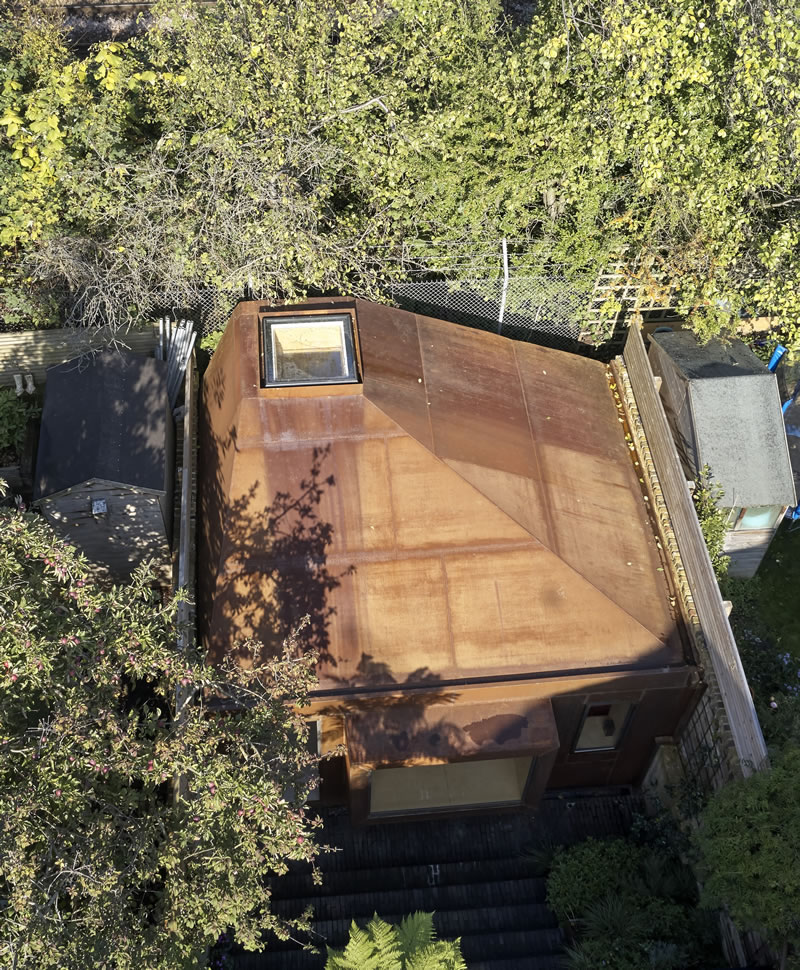 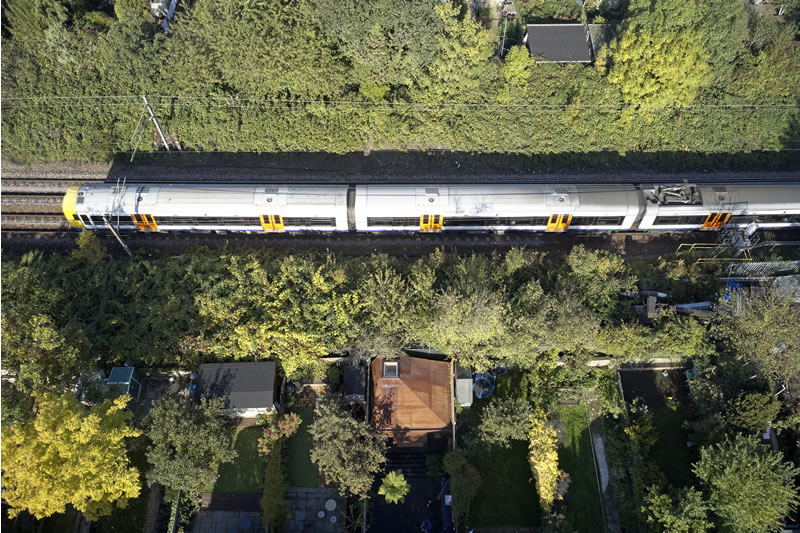 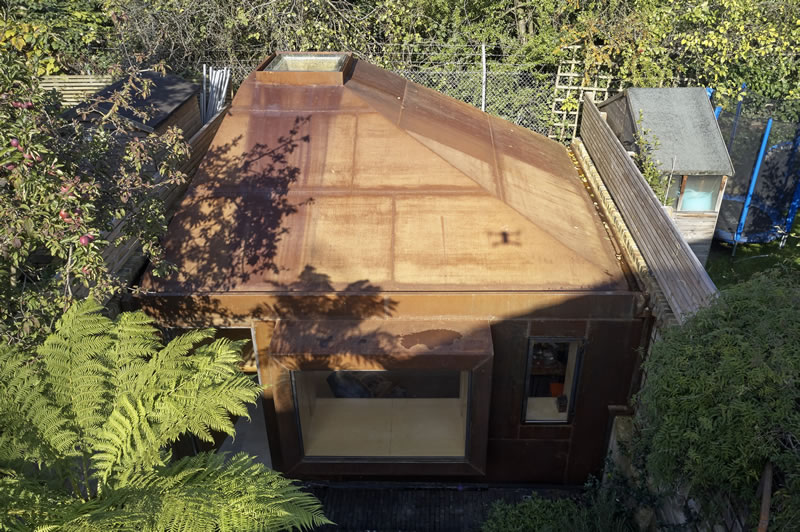 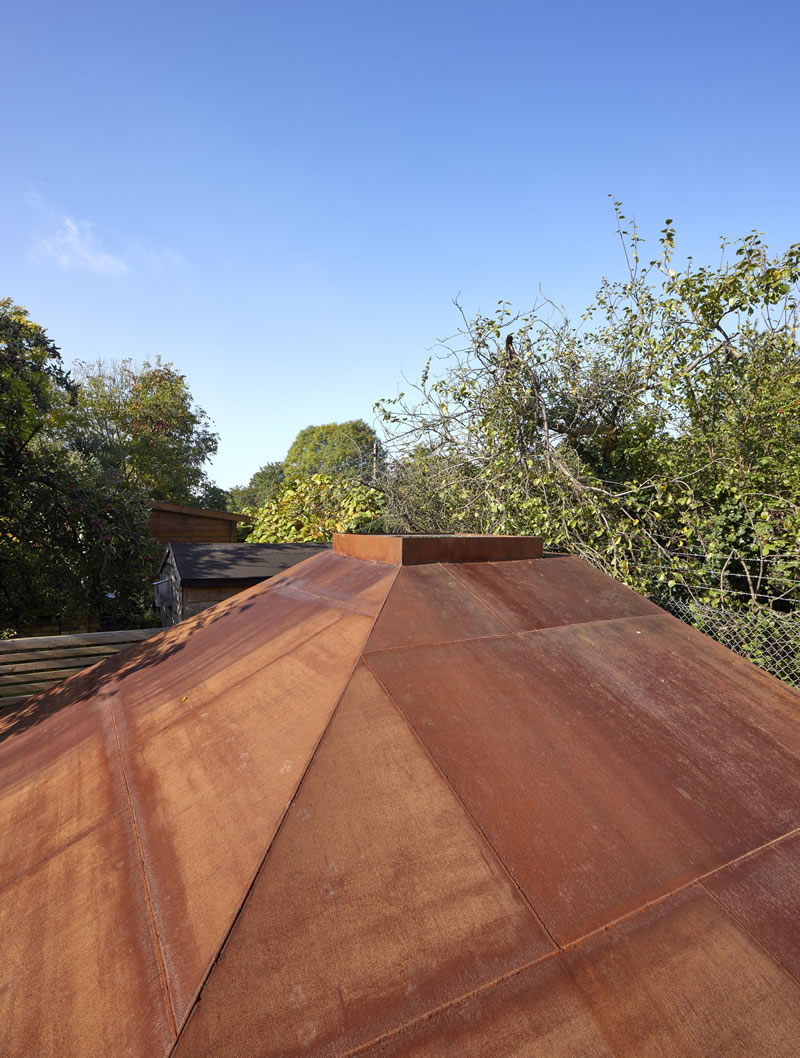 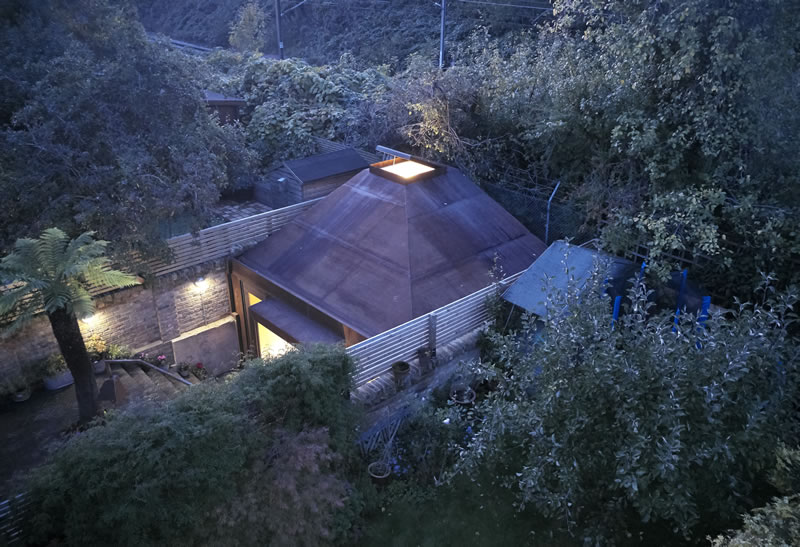 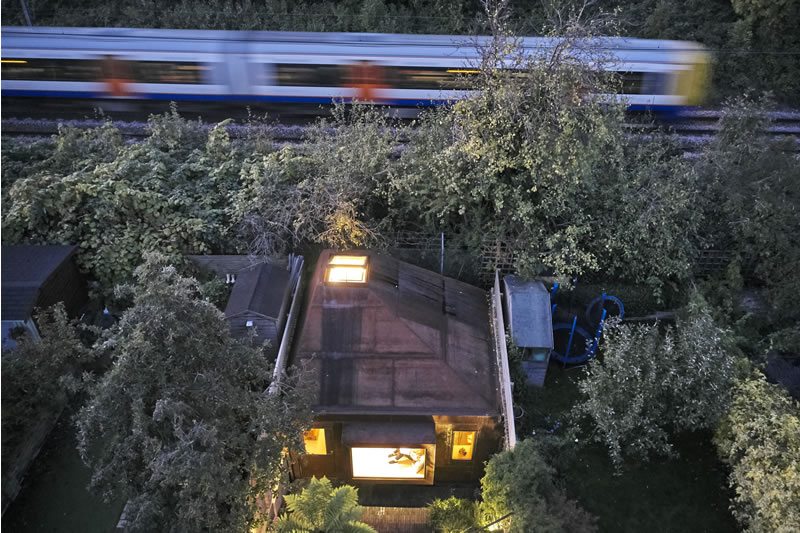 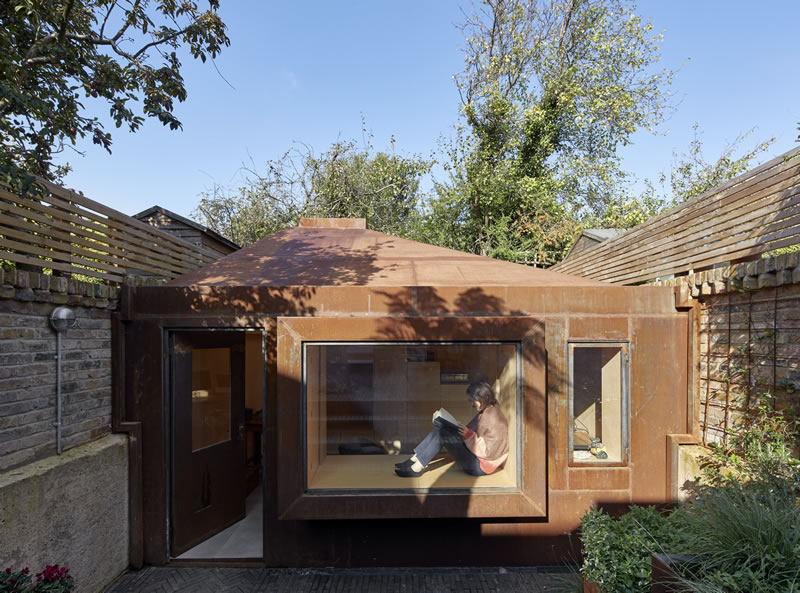 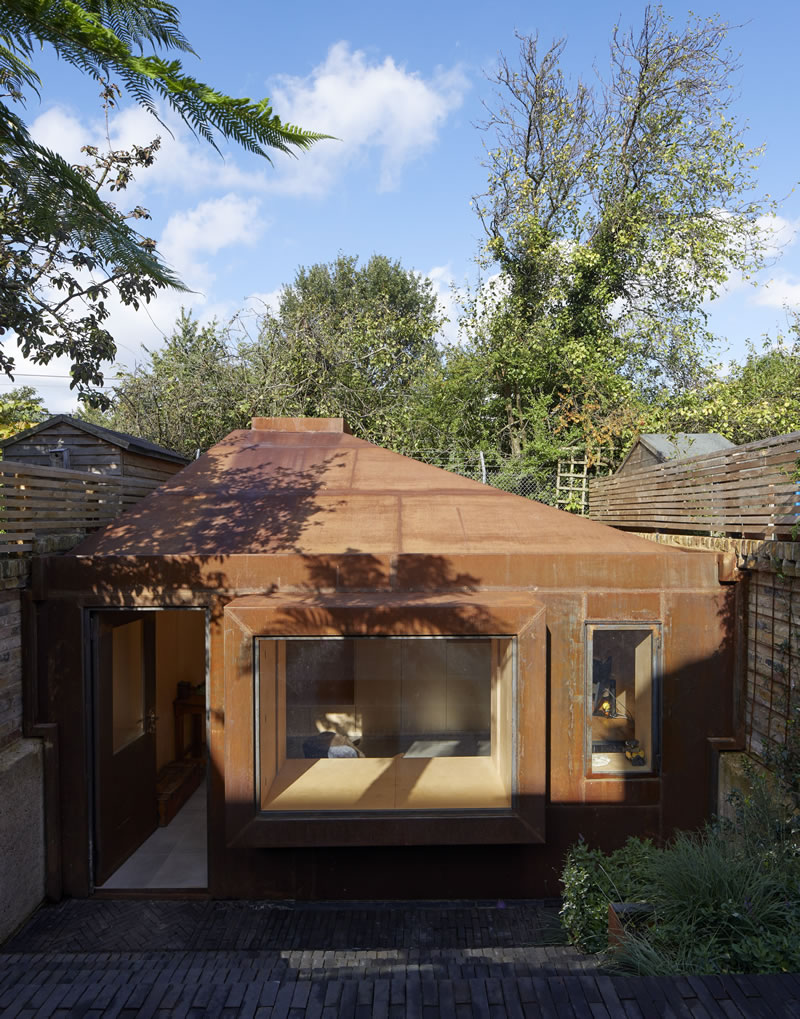 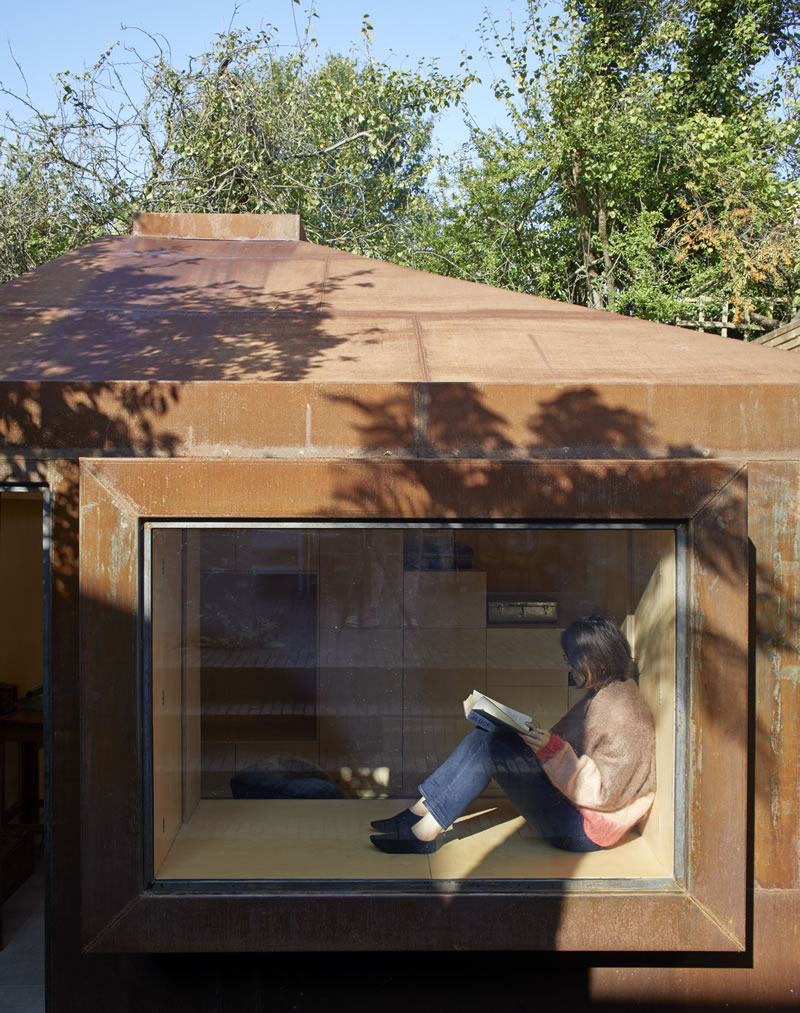 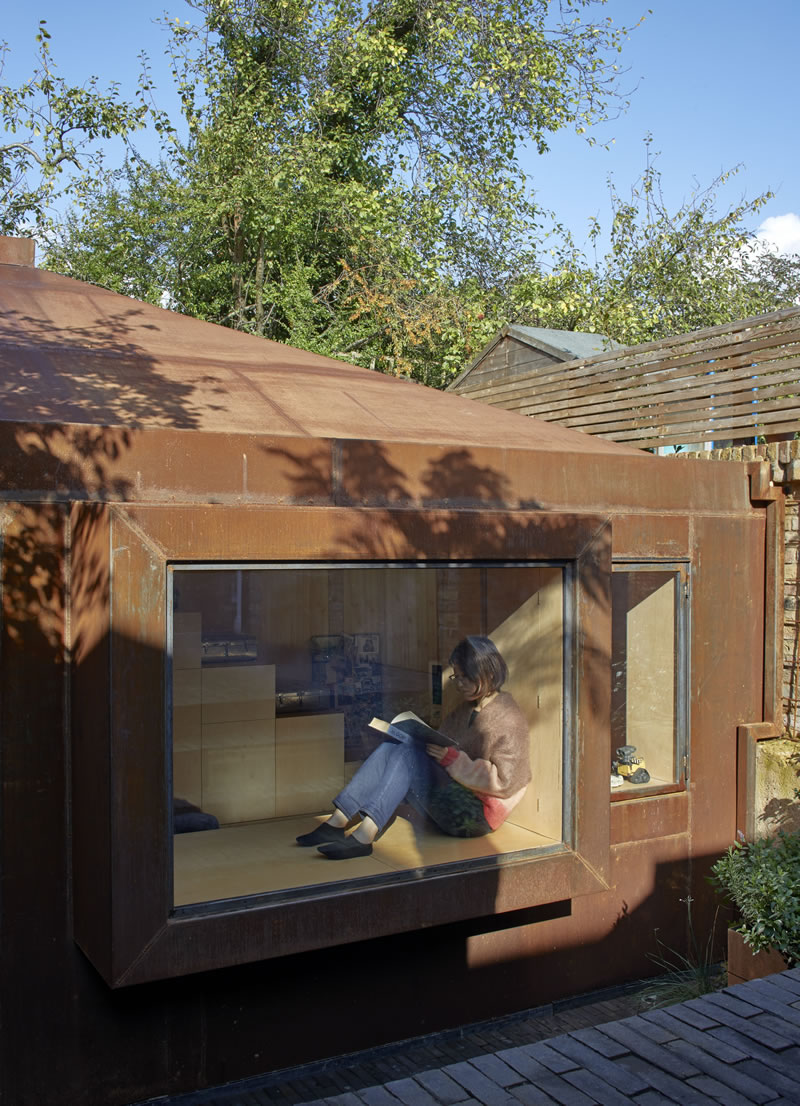 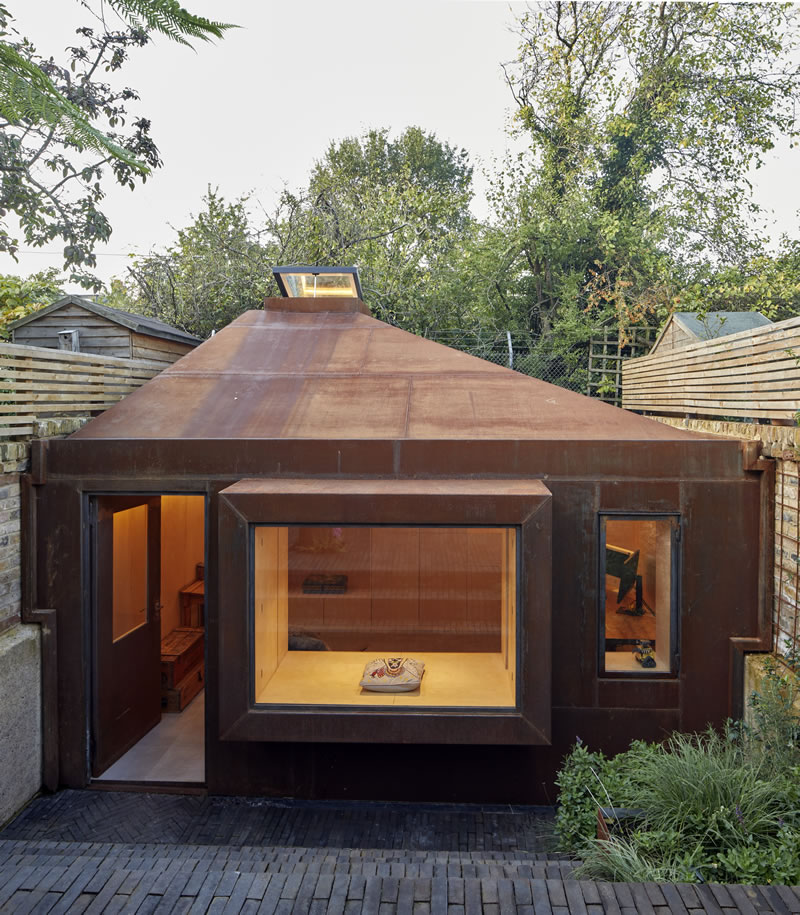 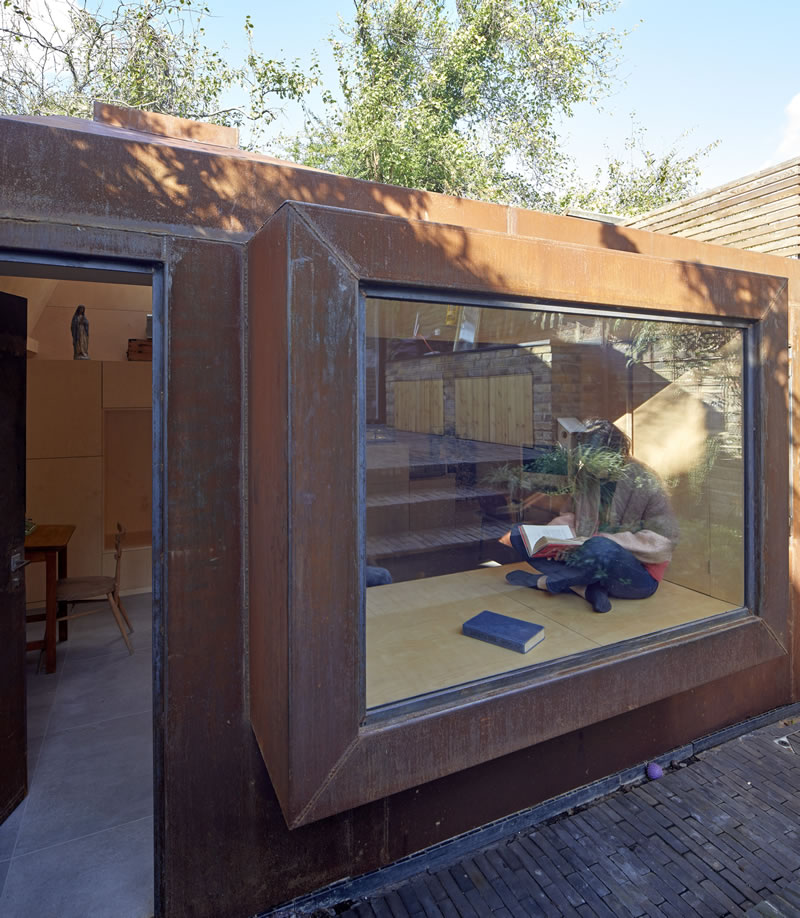 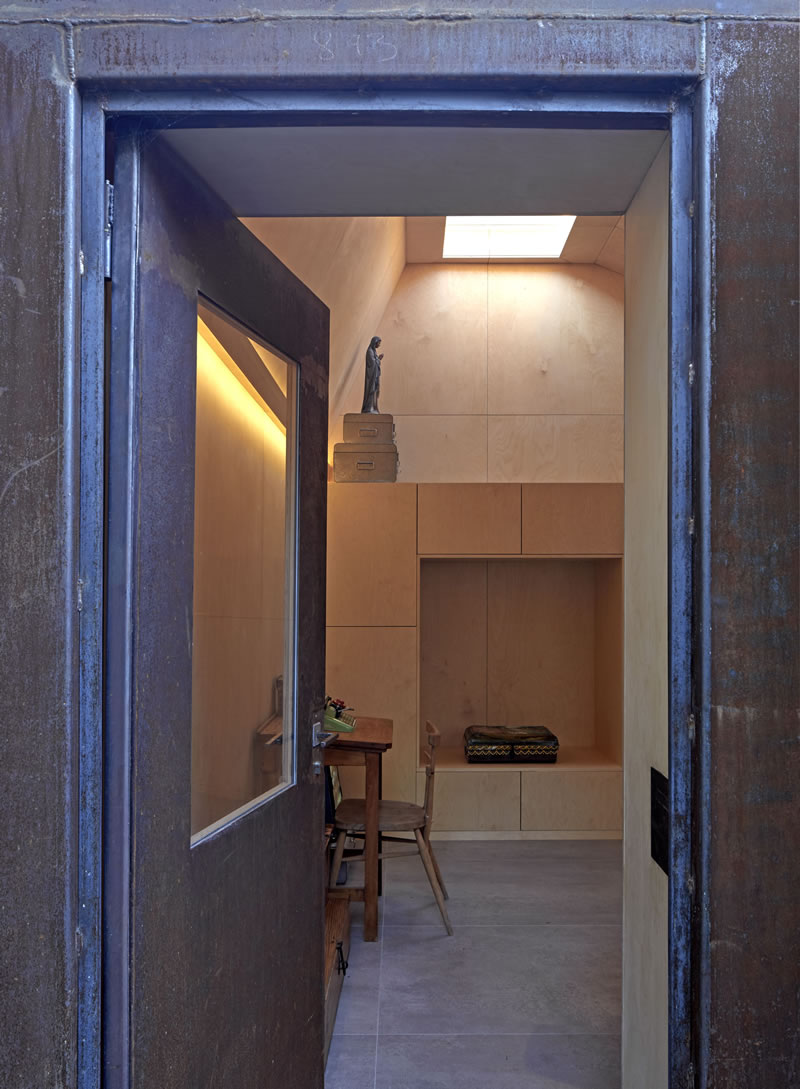 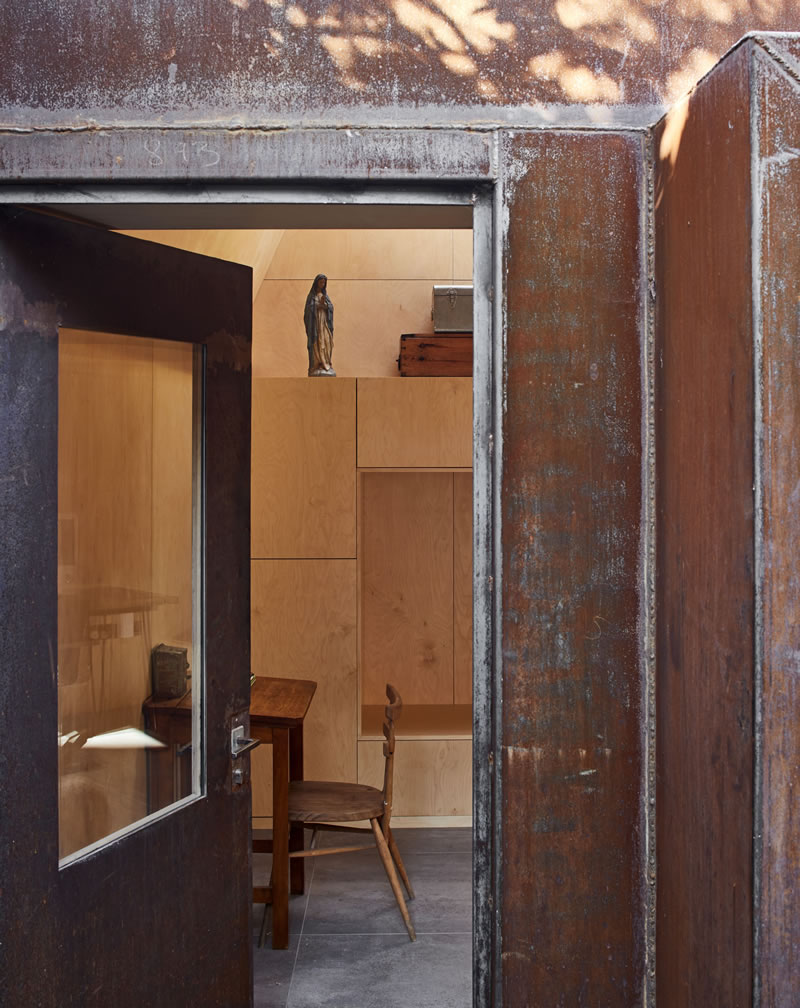 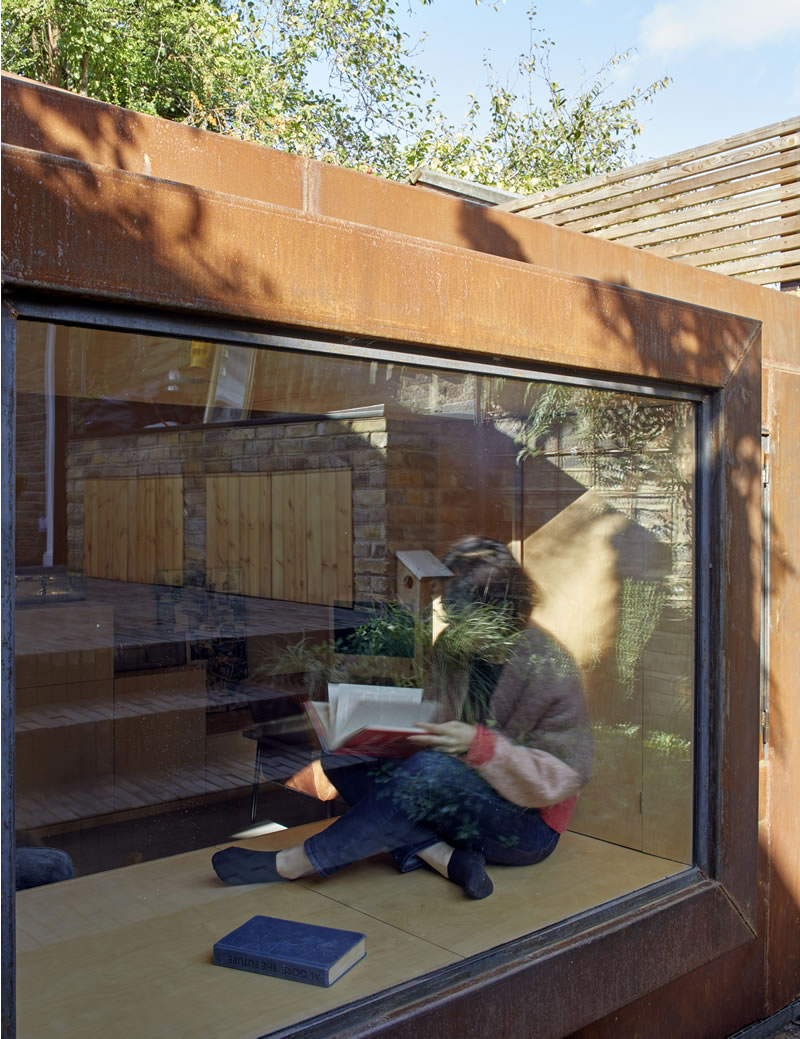 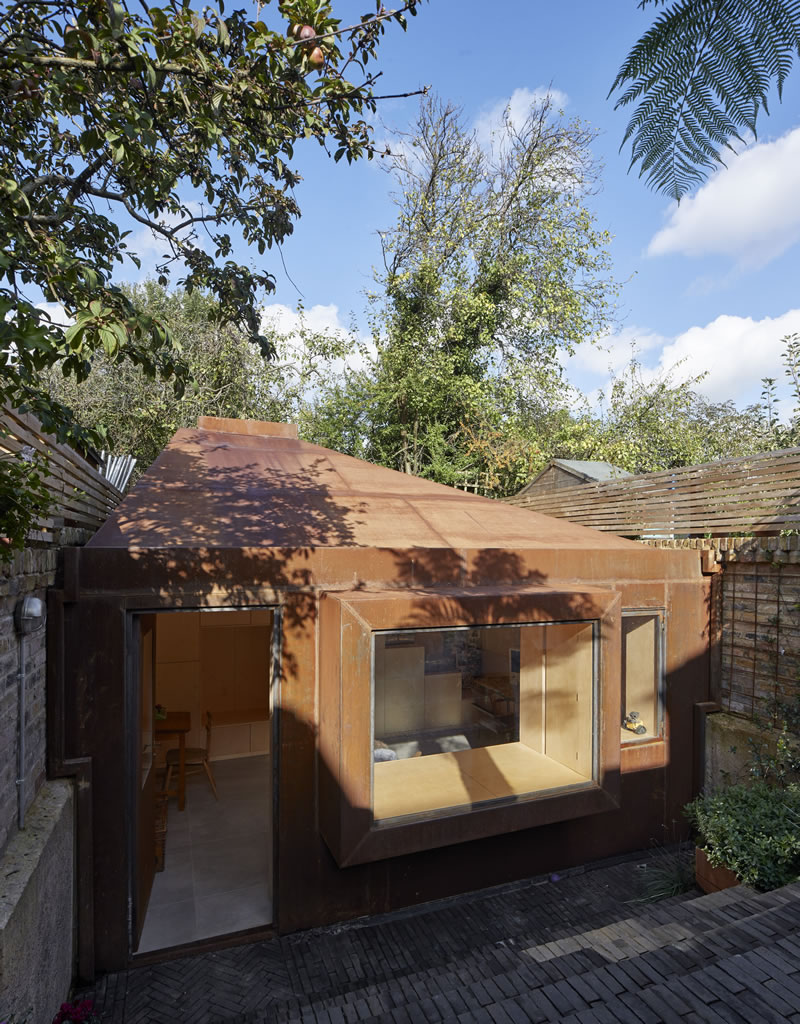 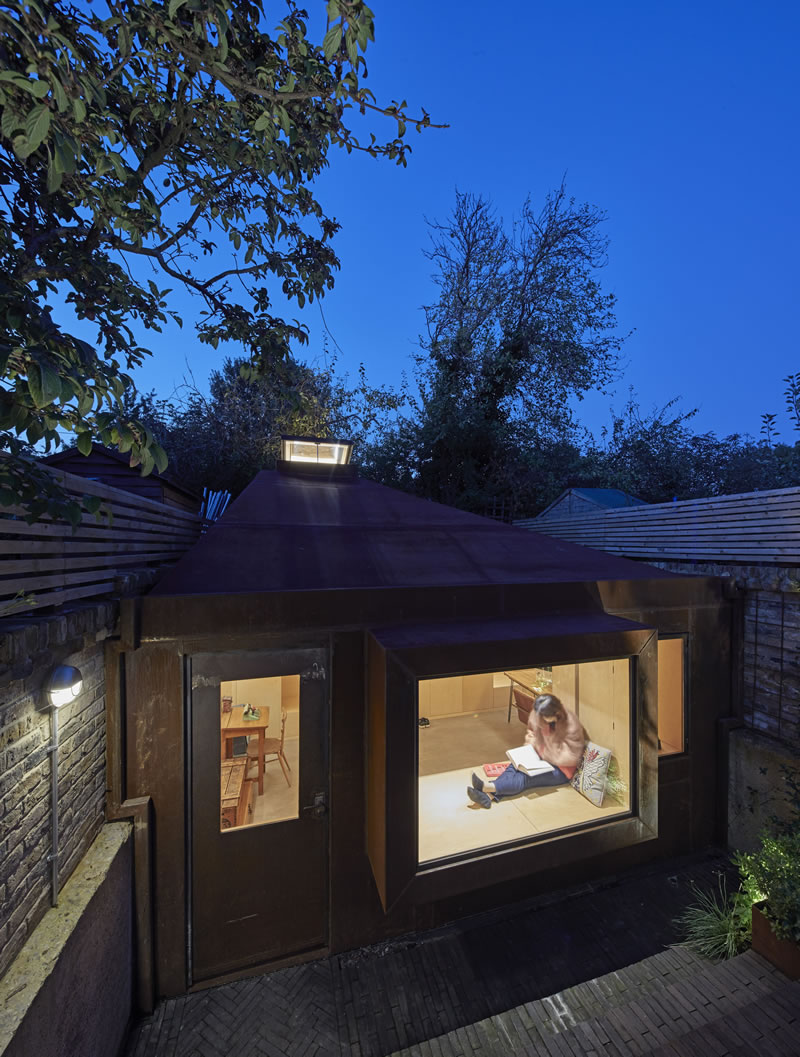 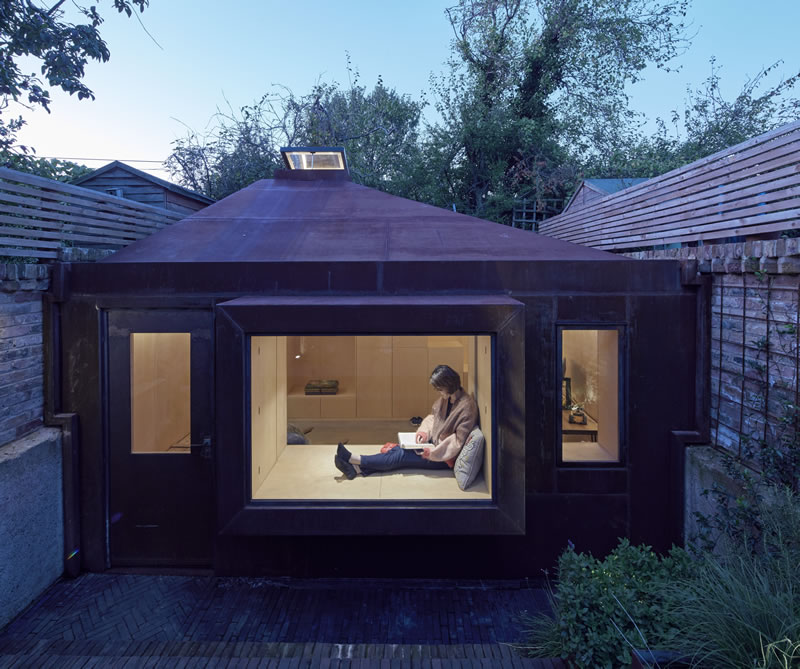 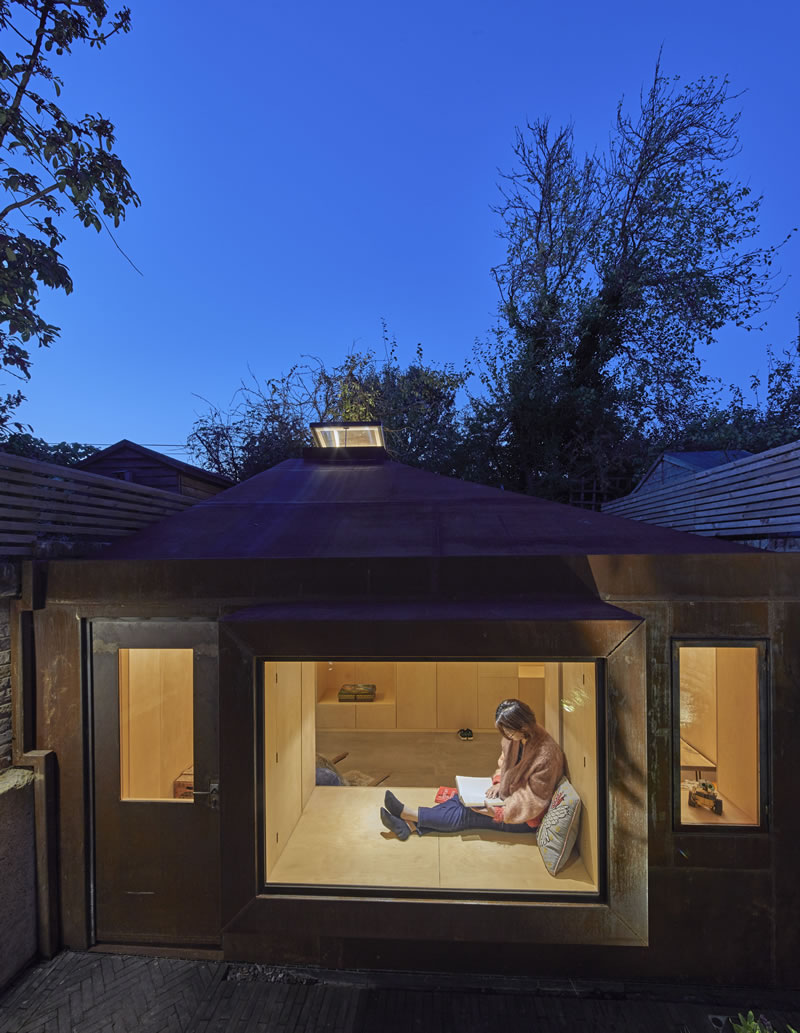 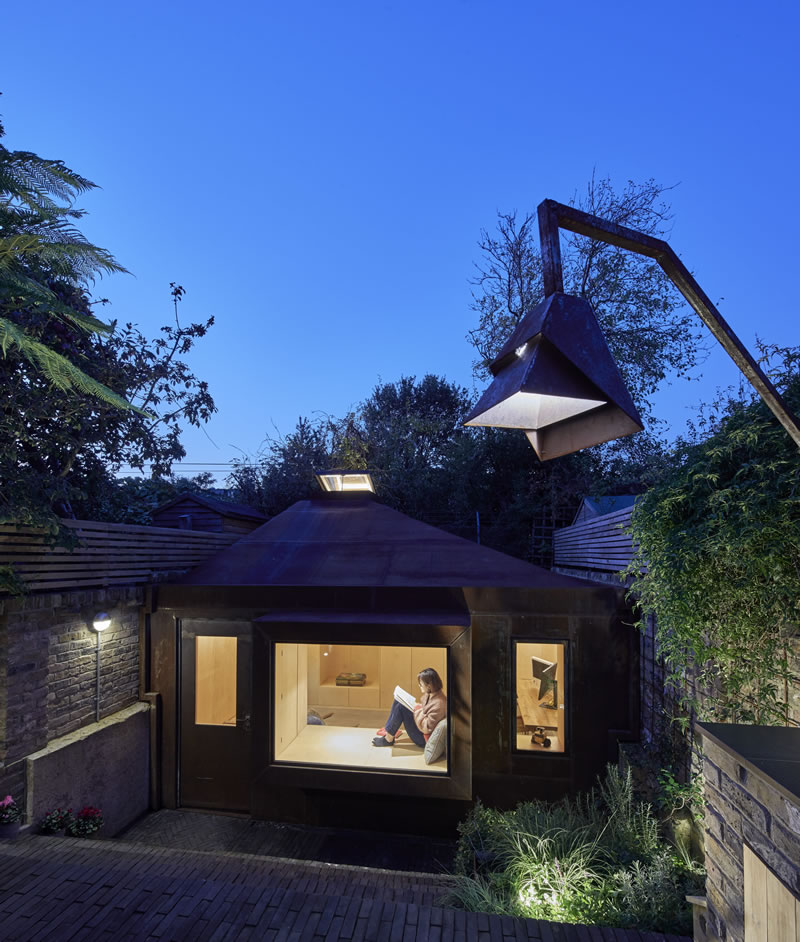 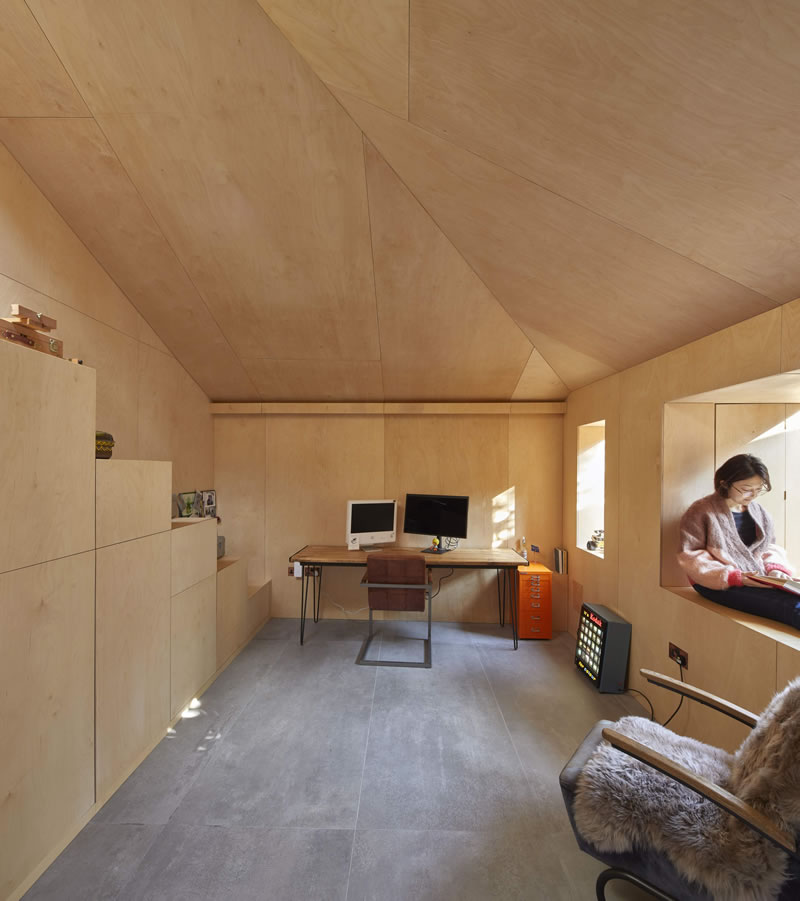 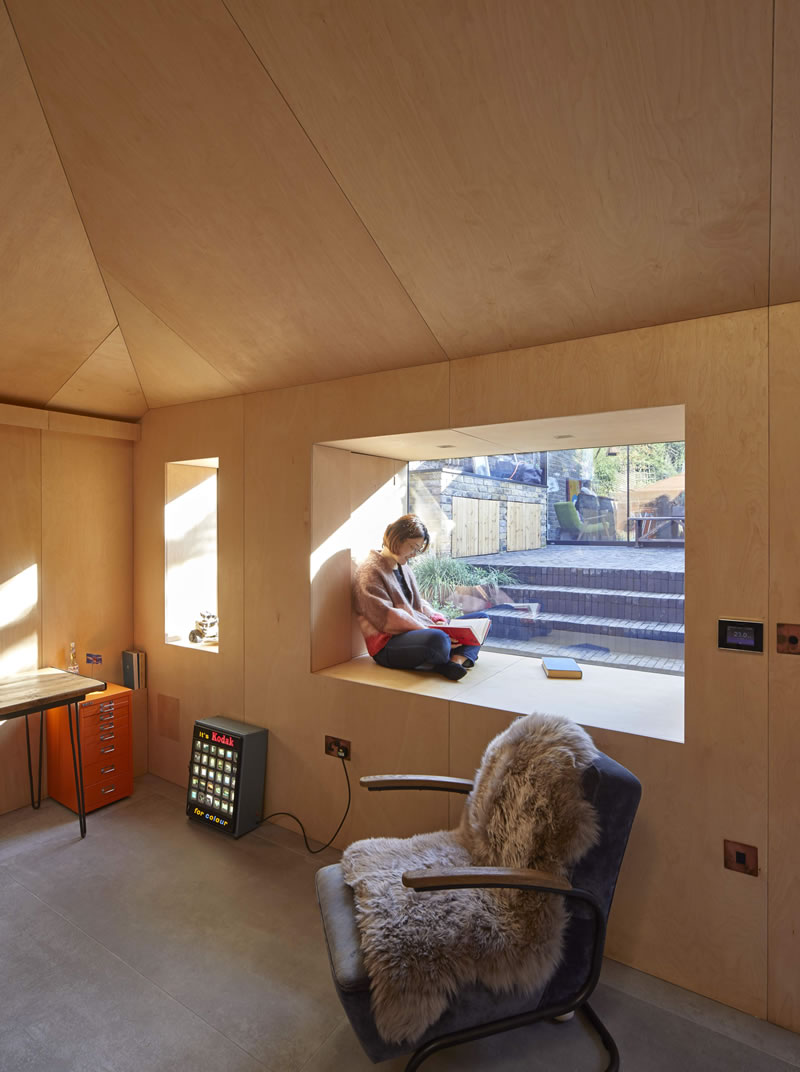 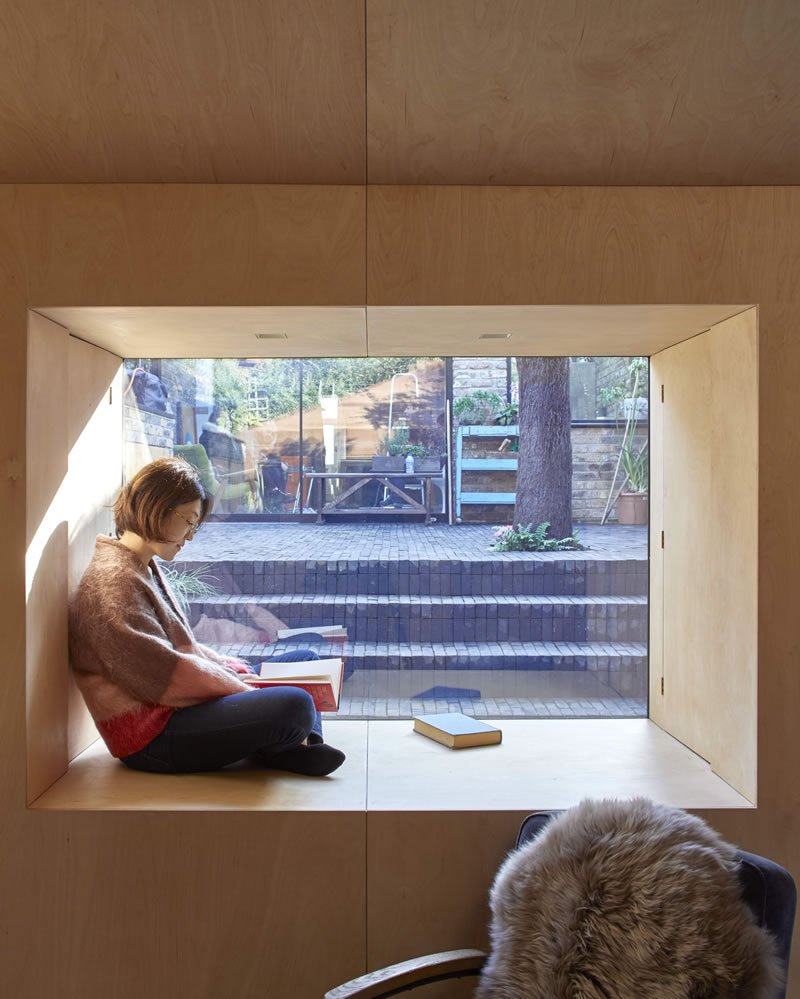 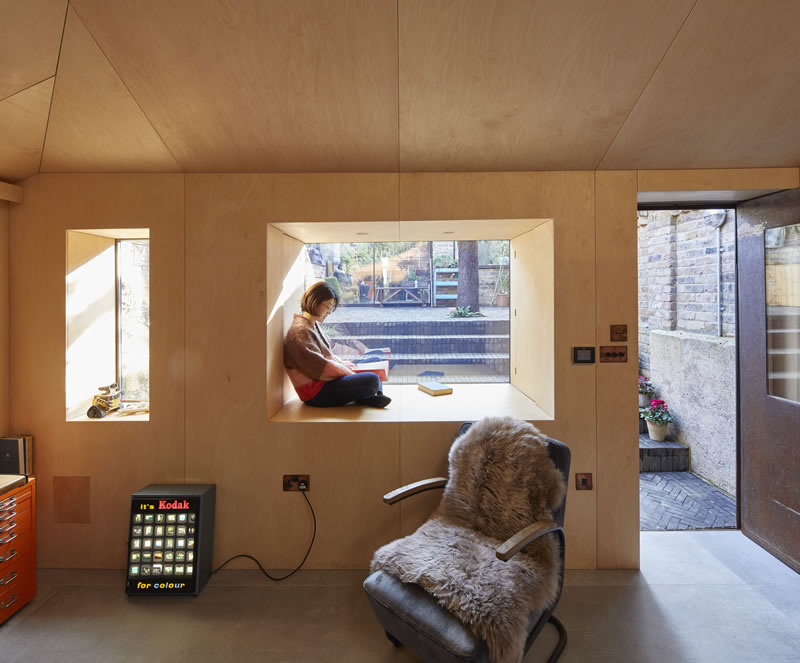 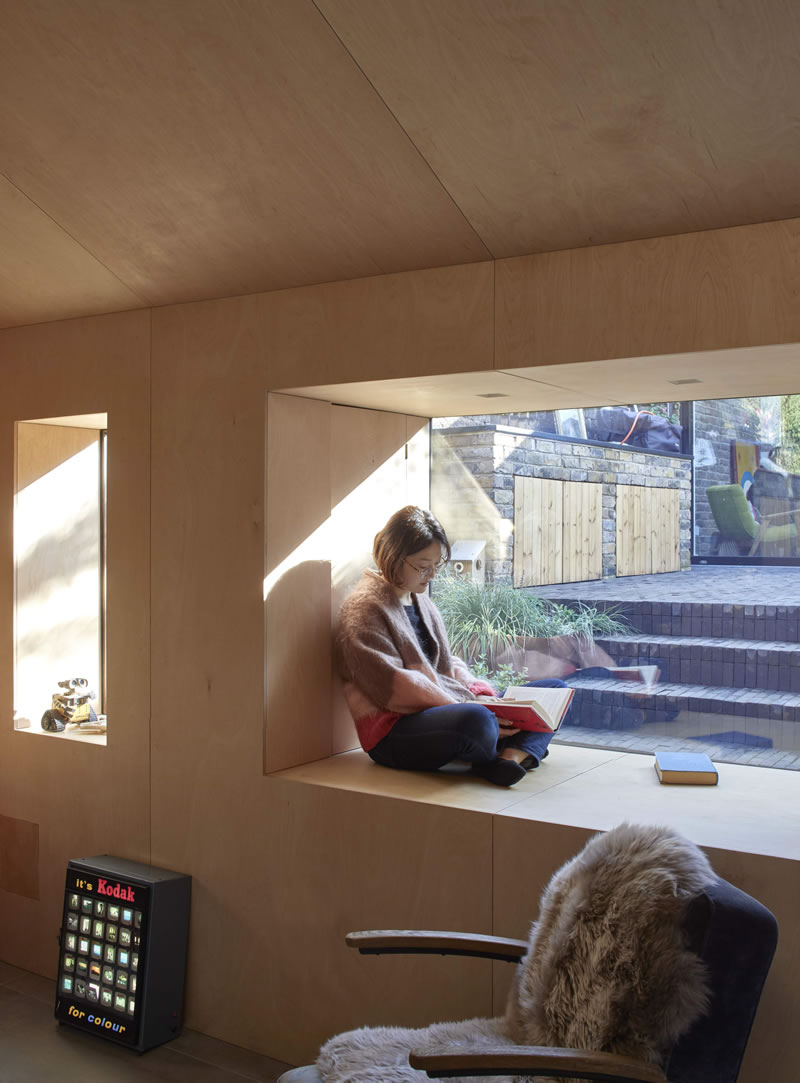 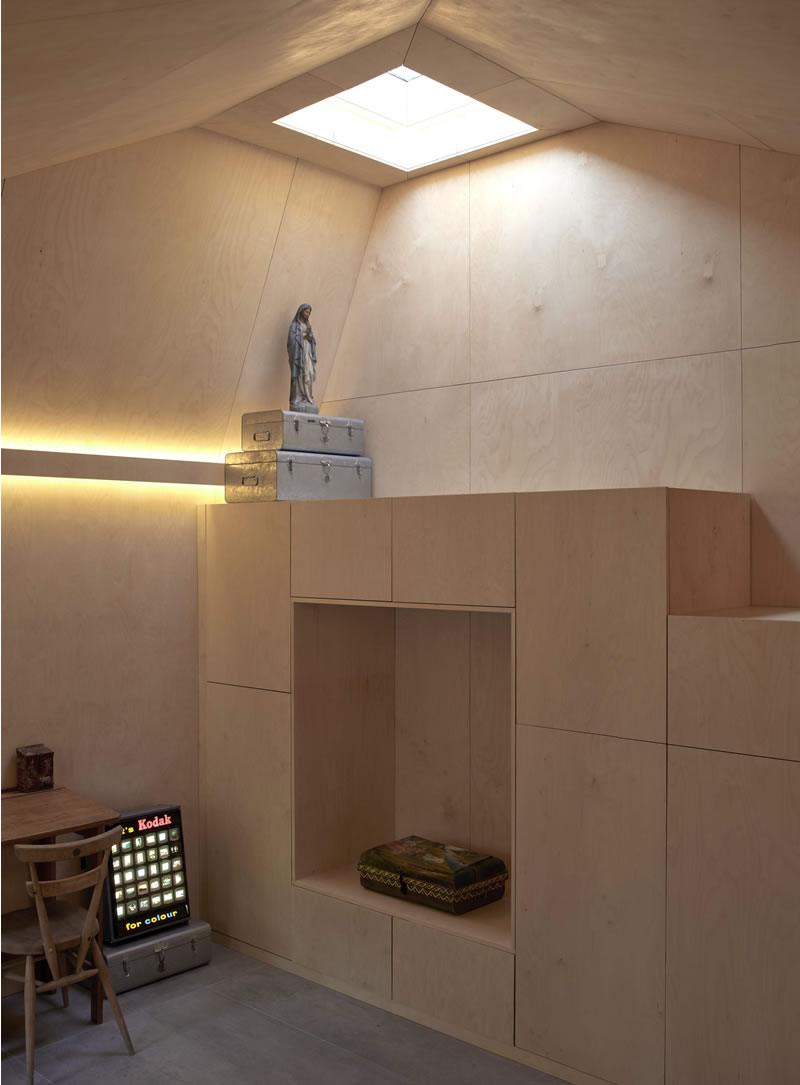 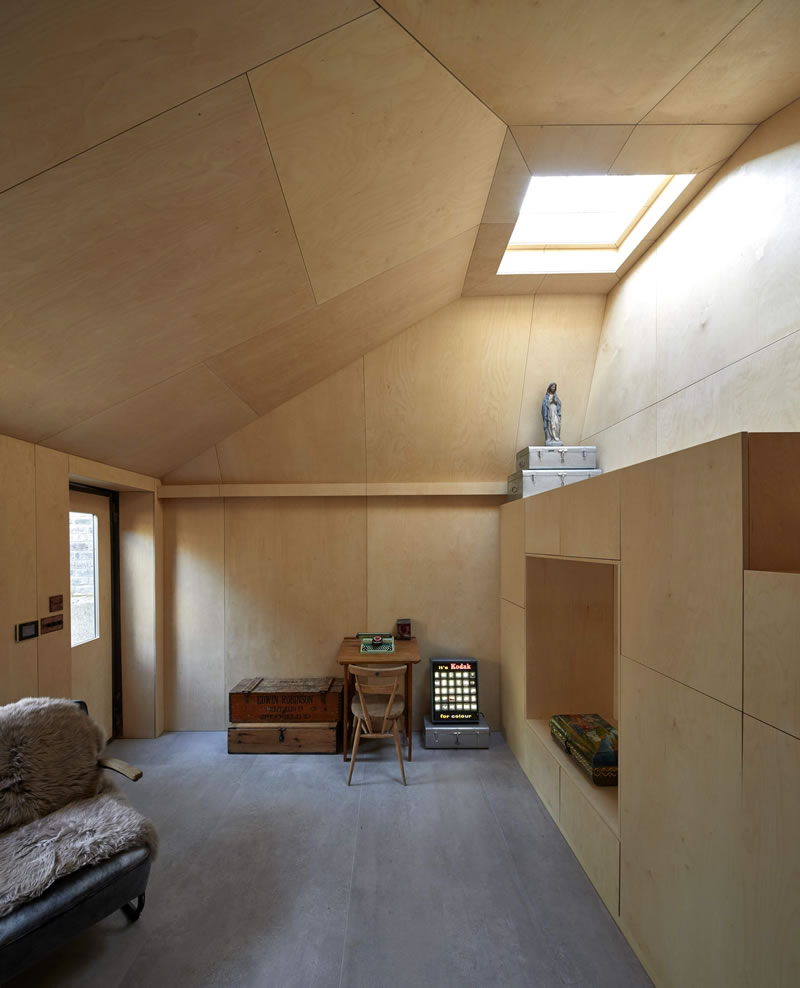