RISE Design Studio has completed the refurbishment and extension of London’s only social enterprise cinema, The Lexi, in Kensal Rise.

A treasured asset within the local community, The Lexi Cinema tasked RISE Design Studio with revitalising a 99 square metre parcel of vacant land in the rear car park of the existing Edwardian gabled brick theatre. Used as a makeshift bar by locals, RISE Design Studio and The Lexi team consulted Brent Council who advised the initial concept, a formal beer garden, would not be possible due to noise constraints but an enclosed second screen might be feasible. RISE Design Studio conceptualised an environmentally-driven second cinema and bar to accommodate the growing community programme and help drive revenue for The Lexi’s ecological charity efforts. Brent Council were instrumental in supporting the project – titled The Lexi Hub – through continuous advisory and dialogue, ensuring planning policy and community needs were balanced.

Following a successful two year fundraising campaign including grants from the Brent Neighbourhood Community Infrastructure Levy, a contribution of £50,000 from the Mayor of London’s community fund, and local donations, The Lexi and RISE Design Studio submitted a planning application backed by 1,211 local signatories, and construction began in July 2020.

Located in a residential area, The Lexi Hub required a sensitive design approach to exercise consideration to the close neighbouring homes adjacent to the site. An exercise in community partnership, RISE Design Studio conceptualised an extension that reciprocates the same care and thought for the community which is wholeheartedly shown to The Lexi by local patrons. The architects designed a sunken extension, digging down 1.5 metres to reduce the new Lexi Hub’s massing, ensuring the extension sits only 2 metres above the neighbouring garden wall while also enabling level access from the car park. This strategy conceals a foundation of reinforced concrete, services and thick acoustic insulation. The Lexi Hub seats up to 30 viewers, with flexible accessible space for two wheelchairs or panel discussions and events, and features a new bar and snack counter.

RISE Design Studio reduced visual bulk further by echoing the neighbouring parapet roofs in the form of The Lexi Hub, creating a solid superstructure of in situ cast concrete arches which lean away from neighbouring gardens on a 45 degree angle. RISE Design Studio used reclaimed London stock brick to anchor the extension in its setting and buffed stainless steel to reflect the sky above, conceived as a natural cinema screen which camouflages the roof form. A green wildflower roof replaces biodiversity lost during the construction process at a higher level. It also provides an added level of insulation, and regulates rainwater drainage on site, adding to the building’s sustainability credentials. Choosing sustainably-minded options where possible, The Lexi Hub is sealed for airtightness to minimise heat-loss and energy usage, and also features a mechanical ventilation heat recovery (MVHR) system. The Lexi is one of the first cinemas in the United Kingdom to regulate temperature and air quality through MVHR opposed to air conditioning.

During the design phase of The Lexi Hub, an electrical fire caused major smoke damage to the original cinema, Screen One, requiring a complete refit of the existing interiors. RISE Design Studio salvaged original period details and character including the pine parquet flooring, which was restored and reinstated to the main entrance and ticket office. The Lexi and RISE Design studio saw the accident as an opportunity to create a new cohesive interior language throughout the cinema’s facilities and spaces. Raw blush plaster and black walkways act as wayfinding devices, directing patrons from the Box Office down a glazed side extension to a newly refurbished bar, and onto Screen Two. Screen One now offers a refreshed interior of navy blue, while the Lexi Hub’s Screen Two features emerald green seating.

Additional services including graphic design and wayfinding, print design, and bar staffing have been donated by a network of enthusiastic locals, further evidence of the community’s love of The Lexi. The Lexi’s value goes beyond a cinema, extending to a range of community initiatives from film education, to seniors’ discussion groups, birthday parties and safe maternity social spaces. This diverse set of users required an intricate understanding of The Lexi’s history as a local community hub, which RISE Design Studio were able to deliver as long-term local residents and supporters, but as sensitive and contextual architects and designers.

“The Lexi Cinema holds a special position in the Kensal Rise community, so we approached the project as an opportunity to contribute to both the built environment and social lifeblood of the area. An exercise in community partnership, The Lexi Hub has been designed to respect its neighbours while providing them with invaluable space to gather, learn, contribute, connect, and relax.”

“The Lexi Hub marks the next phase in our capacity to contribute to our beloved neighbourhood and the ecological charities we support. RISE Design Studio supported the project from the outset, bringing environmental expertise and creativity to the Hub to create a space that allows us to increase our public programme offering and keep serving our local community.” 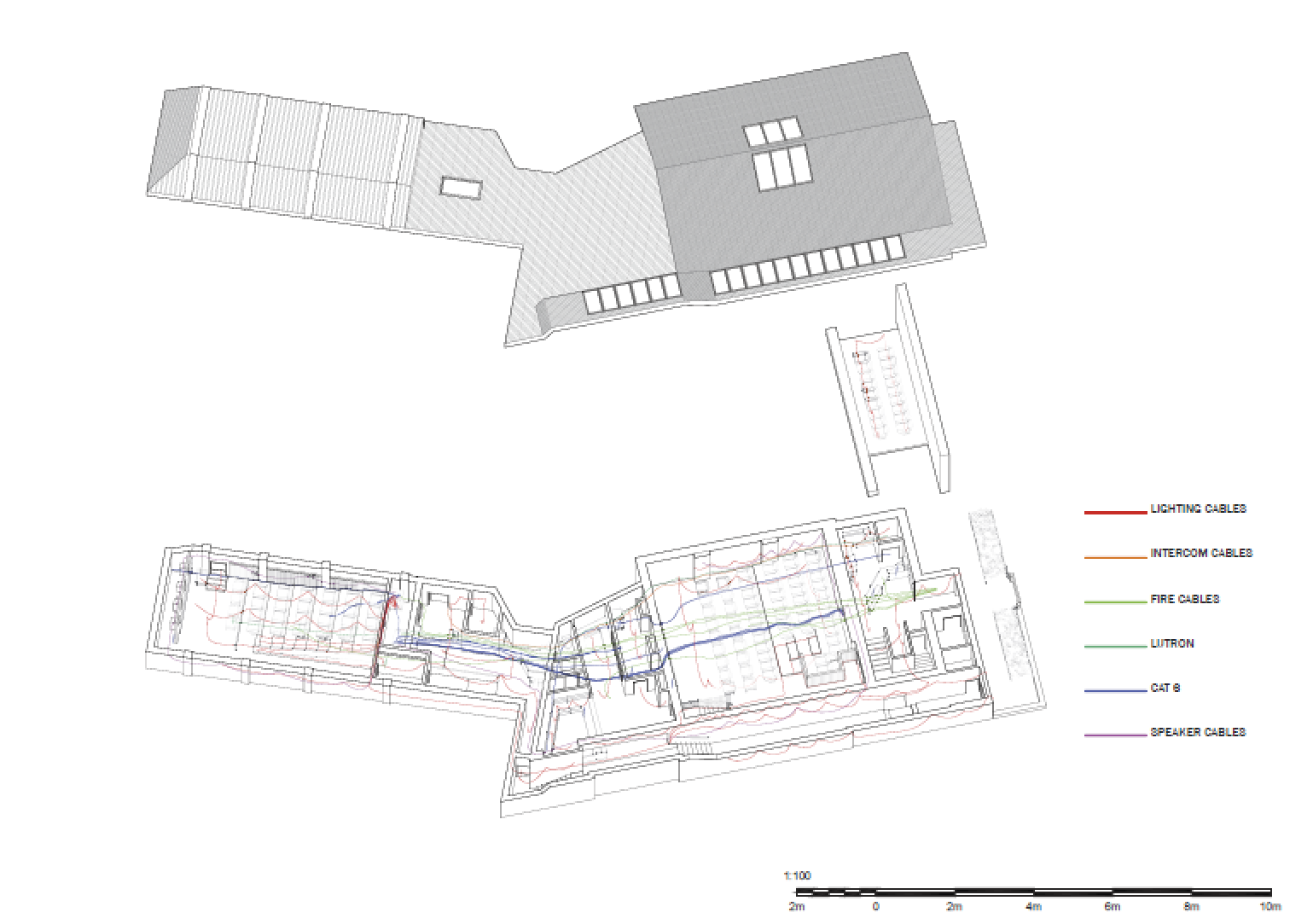 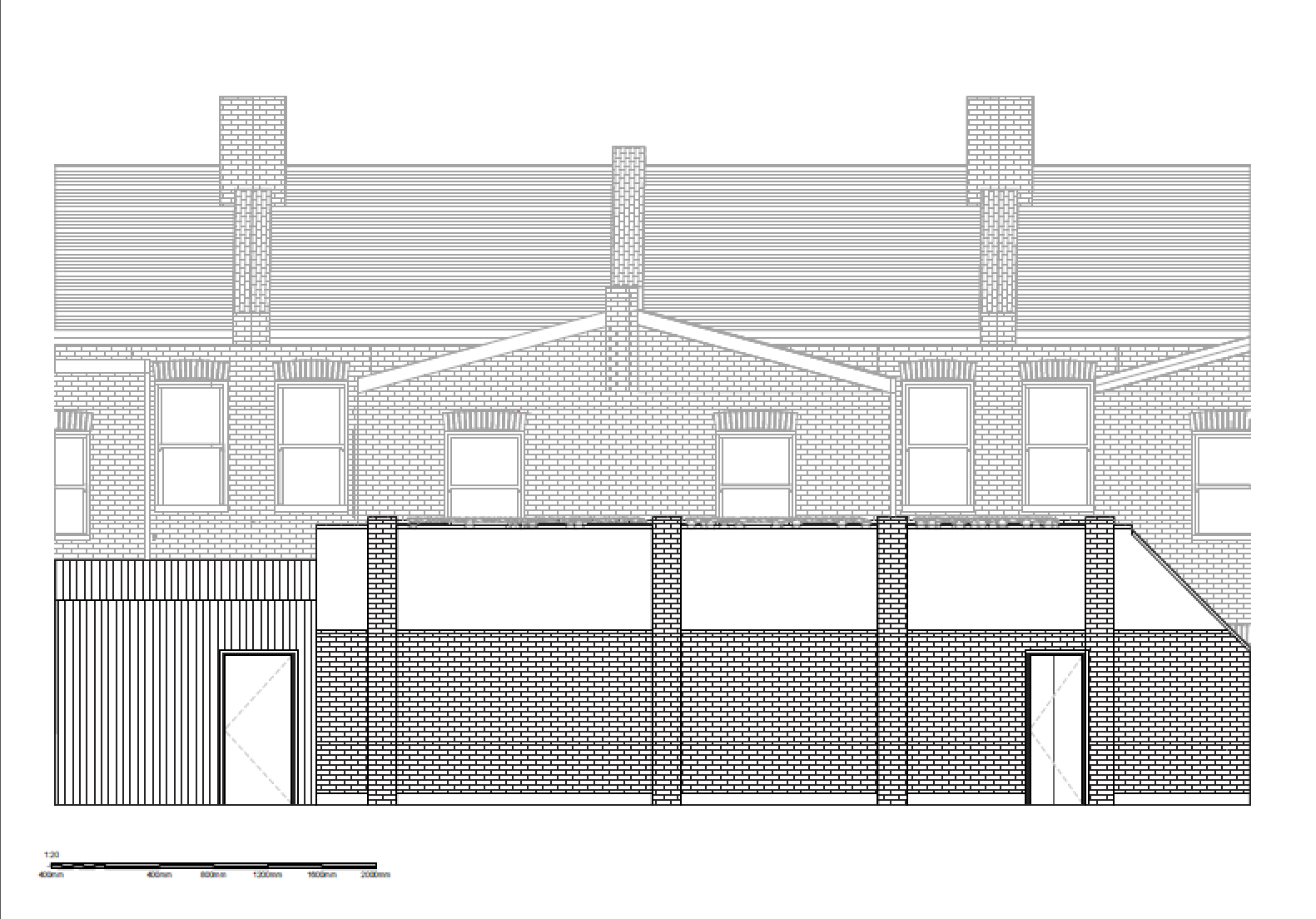 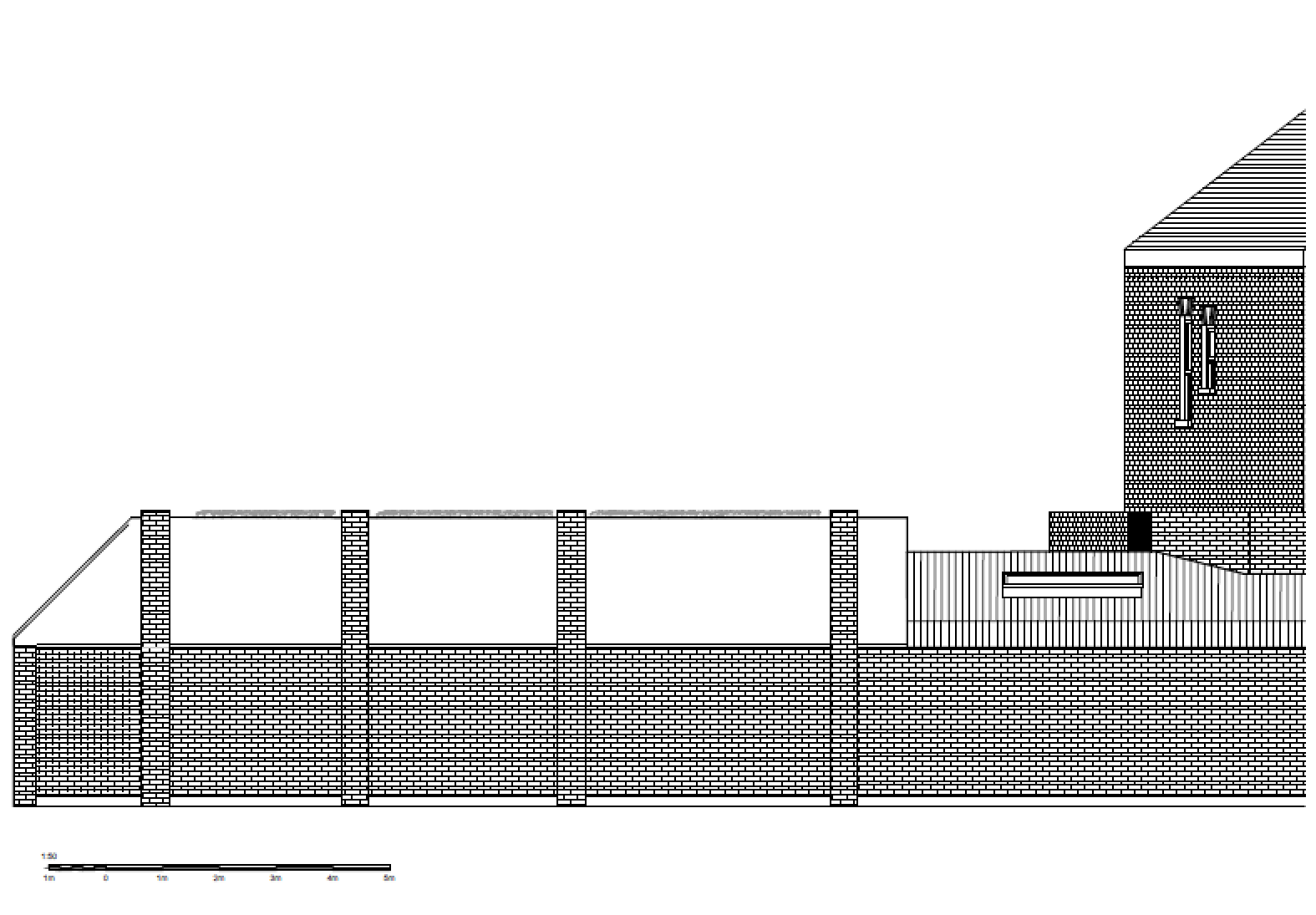 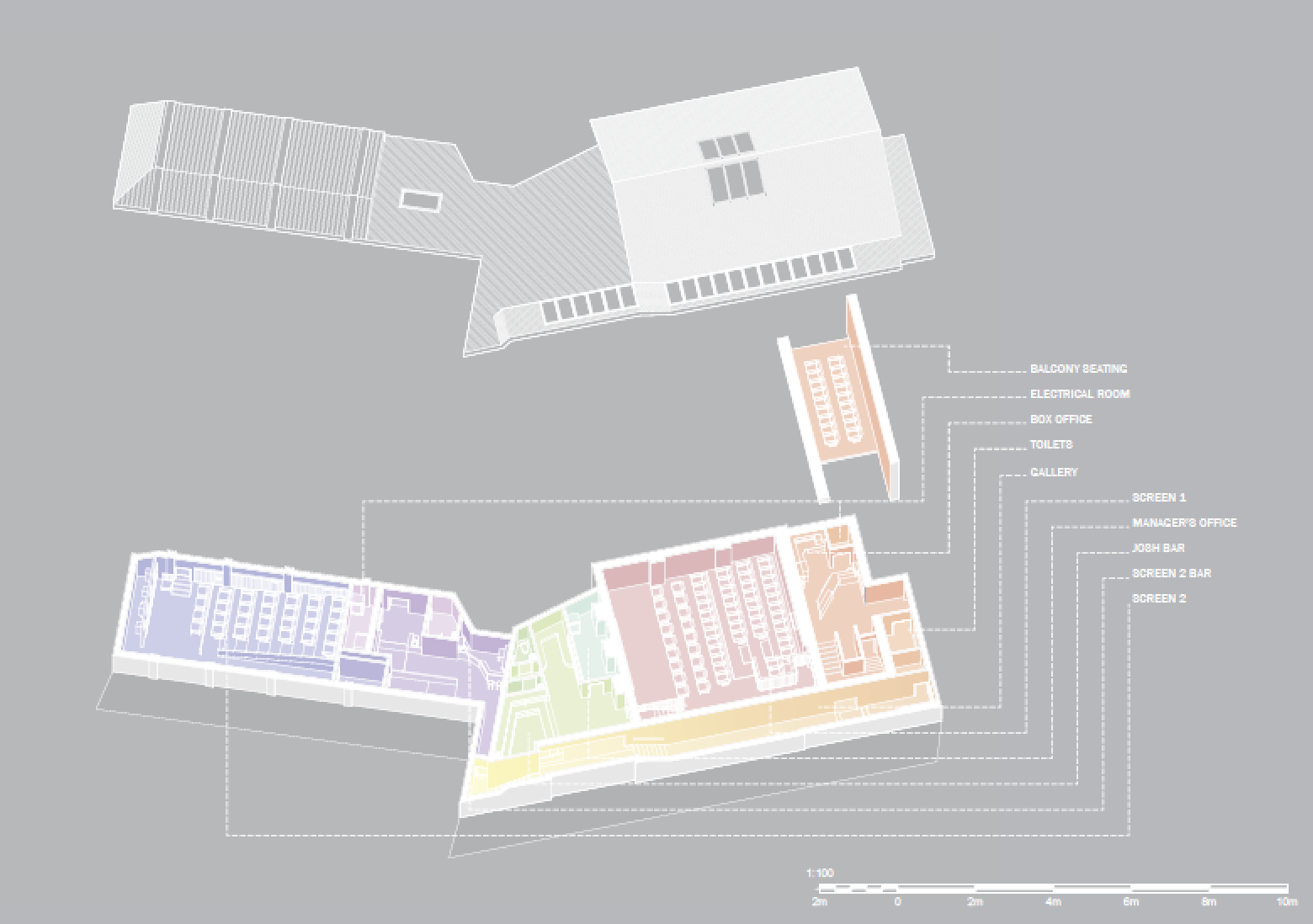 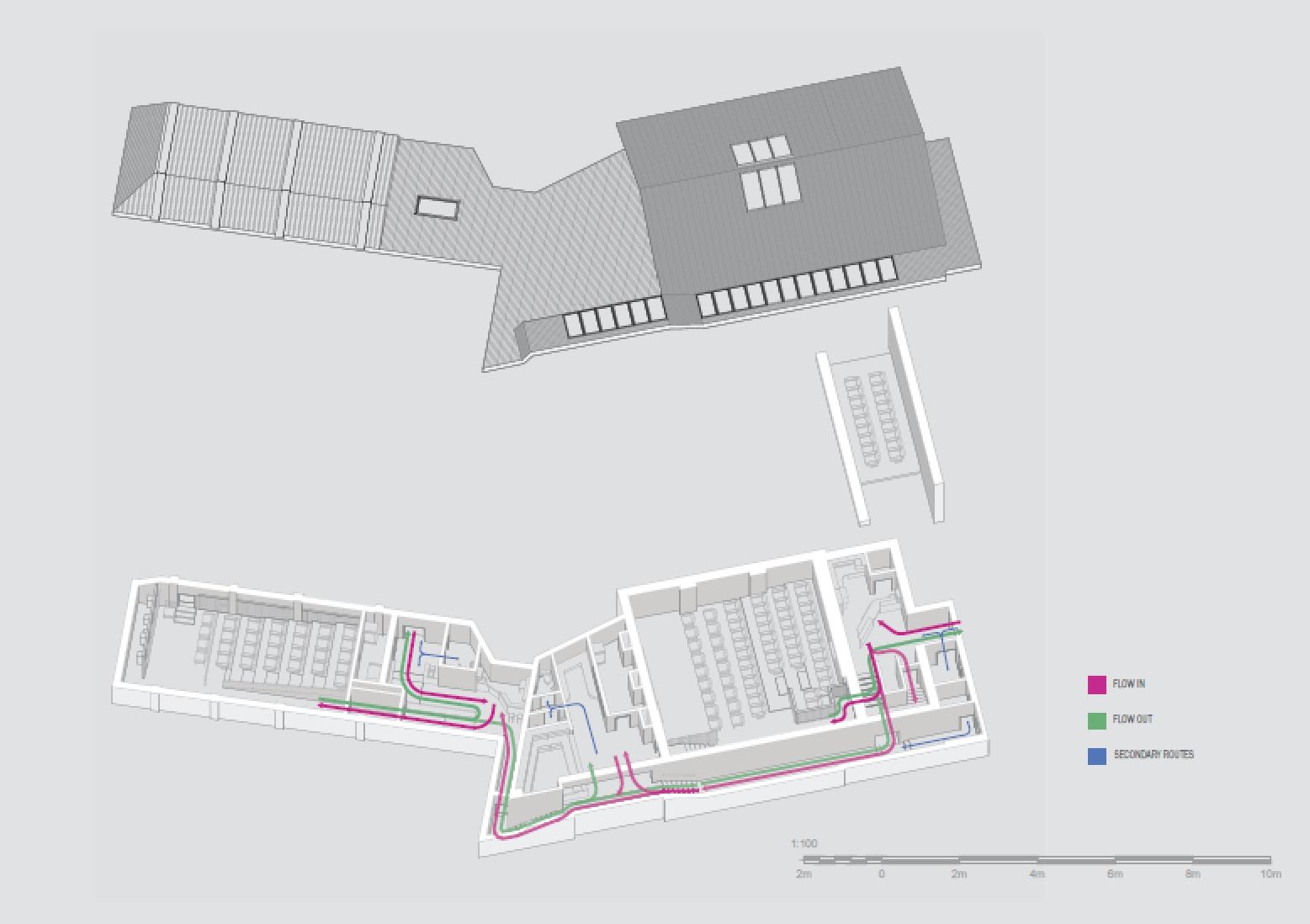 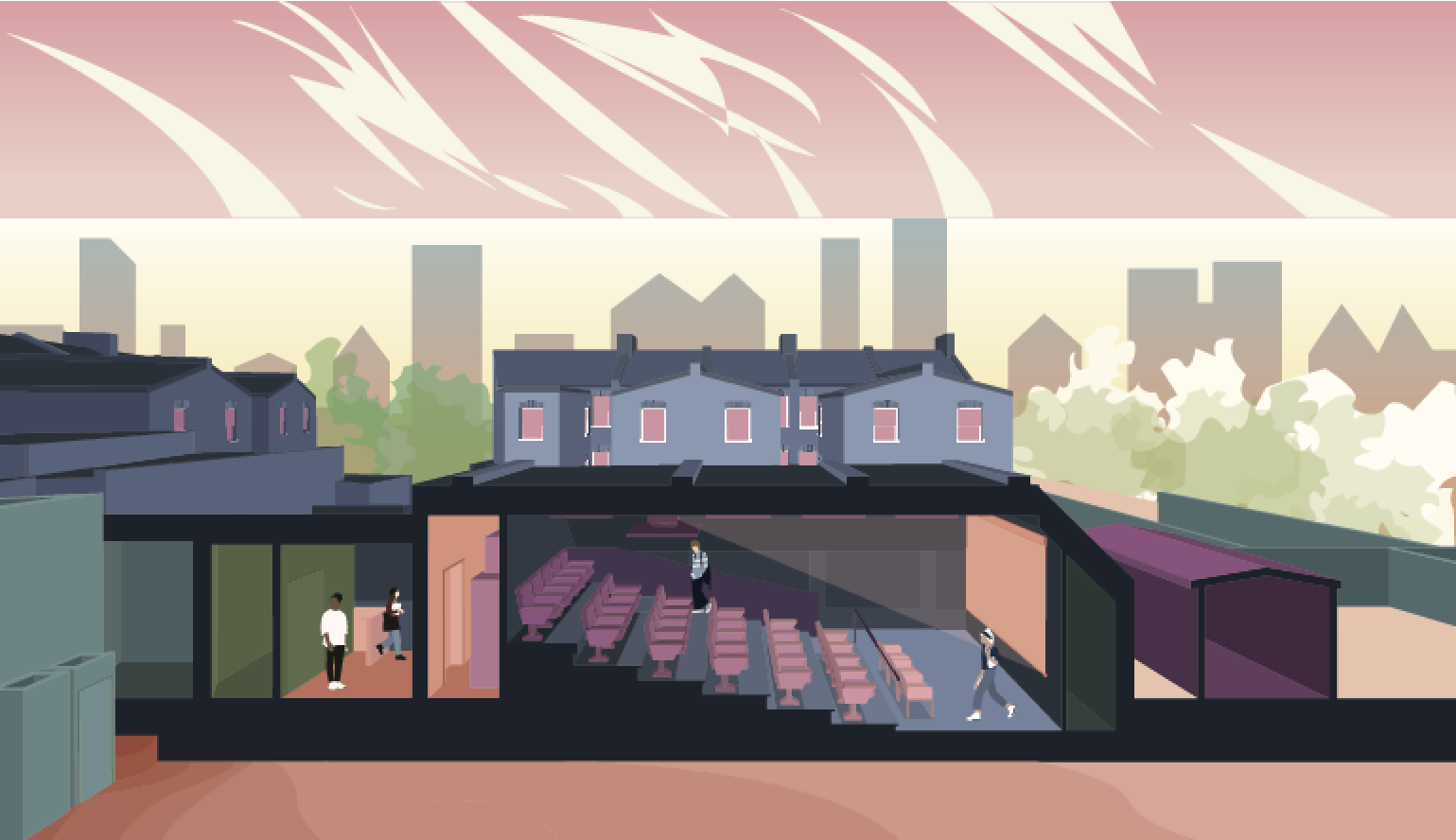 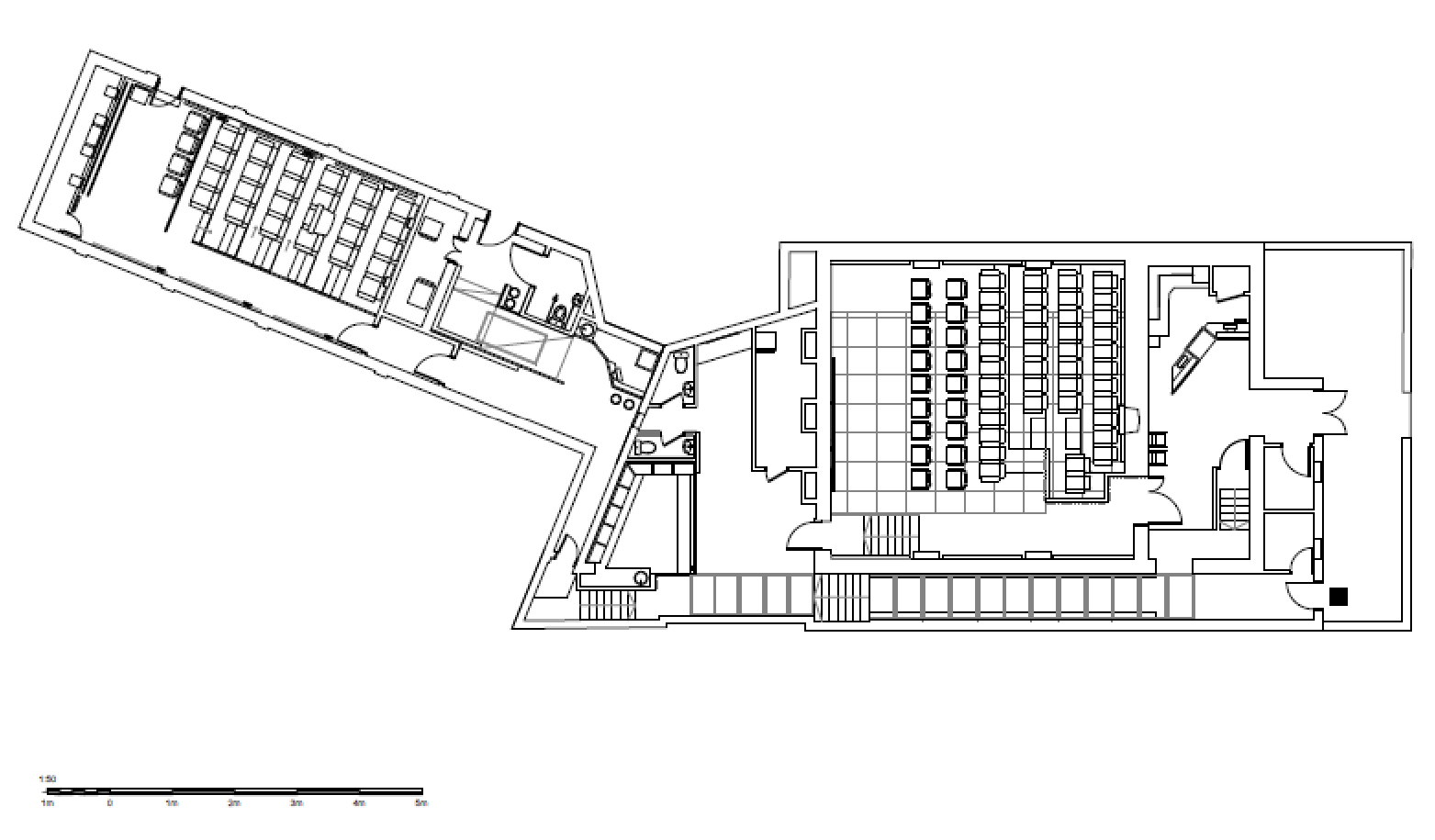